Tanya is a Reporter and Multi-Media Journalist for Spectrum News 1 in Los Angeles. She has worked in television news as an anchor, reporter and producer. Her first job out of college was as an network news Assignment Desk Assistant at “ABC World News Tonight” and “Nightline”.  She was then a reporter and anchor at Paragon Cable News in New York before moving to Los Angeles and becoming the host and producer of a local community affairs program, “In Hot Pursuit: South Bay’s Most Wanted”. A few years later she worked as a producer for the nationally syndicated teen news program “Channel One News” that aired in 12,000 schools across America.

After a few years of working on a number of lifestyle and talk shows, Tanya returned to news in 2005 as a reporter and fill-in anchor at the NBC affiliate, KMIR 6, in Palm Springs, CA. During her three year tenure there, she received two Emmy Award nominations for her investigative reports. One nomination was in the Politics/Government category for her series “Dangerous Crossing” where she went to Mexico and covered what happens to children who have crossed the border without their parents and are captured by immigration authorities. She received another nomination in the Human Interest category for her story “Two Wheels Through Terror” about a man who rode his motorcycle to South America and was kidnapped by rebels. Some of her reports also appeared nationally on CNN and MSNBC.

While living in Palm Springs, Tanya created a lifestyle and entertainment series, “Spotlight On The Desert”, and was the host and executive producer. She and her team of on-camera “tour guides” gave viewers a tour of the best things to see and do in the Palm Springs desert resort area.

You can see some of Tanya’s segments and interviews on her VIMEO page:

Tanya McRae started her television career at ABC News in New York City. She has experience as a news reporter, anchor and producer and was nominated for two Emmy Awards for investigative series she did as a reporter in Palm Springs, CA.

Tanya was also the creator, executive producer and host of the national lifestyle and entertainment series, “Spotlight On The Desert”, which highlighted the best things to see and do in the Palm Springs desert resort area.

You can see segments via the link below: 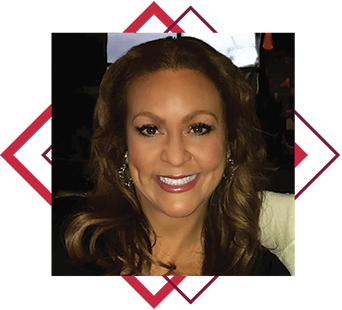 SAFE PARKING FOR THE HOMELESS

Open Letter to Not In My Backyard

From Homeless To Business Owner

“Spotlight On The Desert” Reel